​Laura is a native of the Hudson Valley region, with over 16 years of teaching experience. She began her training with the New Paltz Ballet Company, under the direction of Peter and Lisa Naumann. Throughout her time there she spent her summers training in pre-professional programs such as The American Academy of Ballet, The School of American Ballet, and The Pacific Northwest Ballet. When she was 17, she shifted her focus to Contemporary dance and moved to the Czech Republic to train and perform internationally under the direction of Lynn Barre. Laura then moved home to study at SUNY New Paltz and obtain a Bachelor’s Degree in Media Studies. After the completion of her undergraduate degree, Laura began teaching and choreographing at Ballet Arts in Beacon, NY, while completing a dance residency at NYU’s Tisch School of the Arts. She taught at Ballet Arts, as well as several other local studios for three years before being recruited by California Elite Training Center in Rancho Santa Margarita, CA to run their Academy Dance Program. 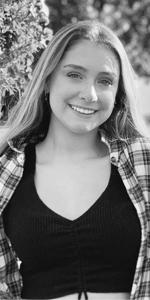 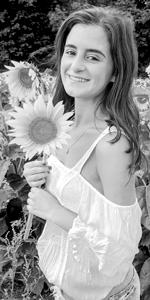 Monique grew up doing gymnastics, dance, and competitive cheerleading. She went off to college at Rutgers University where she got a degree in Criminal Justice and Sociology. Her first year of college, she started coaching gymnastics which in the end led her to teach Acro! Monique's passion for teaching flourished quickly and before she knew it, she was the head of the Acrobatic department for multiple studios throughout New Jersey and eventually in New York. Not only does she teach Acro, but she specialize in contortion, flexibility, & stretch. She couldn’t imagine her life without dance or any of the talented dancers and people she's met along the way. Monique is looking forward to the future and to creating an amazing Acro experience for the dance world and you! 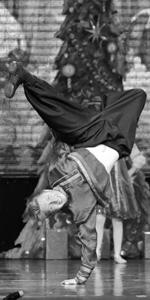 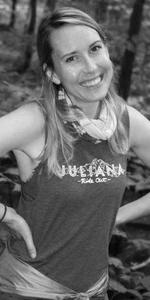 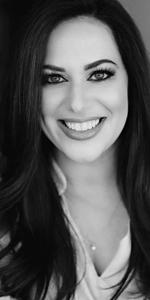 ​Cassie started dancing at the age of 3 at Wappingers Dance Educators and then began dancing and competing with Betty Jean’s Dance Studio in multiple genres at the age of 6. She was classically trained in Ballet by Lucinda Ramson, who danced with Alvin Ailey as well as Mary Ribble who was trained by Andre Eglevsky. She furthered her education at Dutchess Community College, where she continued to dance, was given lead roles and implemented her own choreography. She graduated DCC with an Associates in Liberal Arts focusing on Adolescent Education and went on to graduate from SUNY New Paltz in 2008 with a BA in Adolescent Education, concentrating in English. Cassie was the head instructor/choreographer for Got Rhythm? Dance Studio in Gardiner, NY from 2006 to 2016 and coached dancers for for college dance team auditions, drama productions, talent agencies & exclusive intensive programs. She still performs and stays active within the dance community, taking classes to further her professional development. Cassie is dedicated to helping her students learn new genres, grow as unique individuals and most importantly, express their love for dance 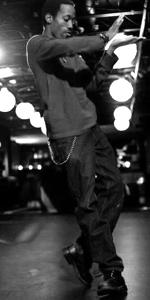 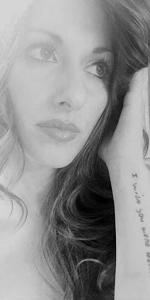 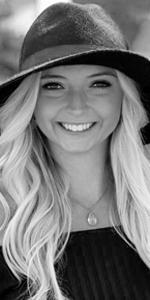 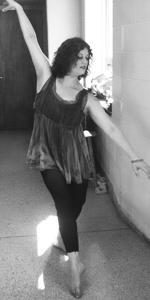 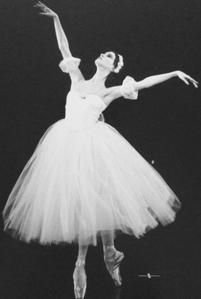 Leah’s dance training began at the age of 3 at Betty Jean’s Dance Studio. Leah studied tap, jazz & lyrical under Darlene Eirish-Schofield & ballet/pointe under Ms. Mary Ribble for over 15 years. Leah was a member of Betty Jean’s traveling competition team for 9 years, where she received numerous awards & recognition. Leah’s love for teaching dance & choreography began at the age of 14 when she became a student teacher. She continued to teach various classes at Betty Jean’s, including choreography for the competition team until she graduated from Our Lady of Lourdes high school in 2000. Leah took her love for dance and desire to learn new styles & technique to NYC where she trained under Frank Hatchett & Mia Michaels at Broadway Dance Center for 2 years. Leah moved to Boston, MA in 2002 to study Business Management at Suffolk University where she continued to study dance at the Jeanette Neill Dance Studio. Leah taught for 2 years at K&M Dance Studio in Norwood, MA & performed as a member of the Lady Wolfpack Dance Team for the Manchester Wolves Arena Football Team in Manchester, NH. After Leah graduated from college, she moved back to Dutchess County, where she resides now with her husband Jeremy & their children Annabel, Lincoln & Camden. It has been Leah’s lifelong dream to open her own dance studio and she is thrilled to have the opportunity to contribute to the local economy & have a positive influence in children’s lives through her love of dance.

​Evelyn started dancing at the age of 4 taking Tap, Jazz and Ballet. She has been a competitive dancer at Queen City Dance since it opened in 2014. Evelyn is trained in multiple genres including Lyrical/Contemporary, Ballet, Hip Hop and Jazz. Her favorite style of dance is Hip Hop! Evelyn assists classes with ages ranging from 2-10 years old. She recently graduated from Arlington High School in the class of 2020! Evelyn is majoring in Education at Dutchess Community College and would love to be a teacher to young children one day! One of Evelyn’s passions has been working with children and has loved it ever since she was little!

Jackie began dancing at age 3 at Yanarella School of Dance. She trained in Ballet, Tap, Jazz, Lyrical, Acro
​& Hip Hop. She danced competitively through high school and college, and began choreographing for her college’s dance company in 2012. Jackie began working for QCD right after graduation, and currently teaches students ages 3-18. She received her Acrobatic Arts Certification in the summer of 2018 and the Alixa Flexibility Certification in the summer of 2020. She works very closely with QCD’s competition dancers and feels so lucky to be able to teach and watch these kids grow! In addition to working at QCD, Jackie also teaches Ballet and Modern at Marist College. She has been teaching dance at QCD since 2015, and feels she has the greatest job in the world.

​Mr. Durnev (also known by his Bboy name of Volk Volky) has been dancing and teaching the dance art of Bboying or Breakdancing for over ten years. He got his start in Ballet, coming from a family of dancers. He danced in various shows at a young age but found his calling in the form of Bboying as a freshman in High School. He was taught by legendary New Jersey Bboy Air Max and performed, for a time, with his instructors crew “SoulJerz”. Volk left after a year with SoulJerz and formed his own crew, where they went to compete and place in various events in the tri-state area. After High School, Volk moved to upstate New York where he took two years off his education to travel, teach and compete. At this point he joined up with the upstate crew “Floor Fetish” where he took a variety of awards at various competitions such as “Prove Your Groove”, “Under the Lights” and “Thursday Night Throw Down”. Volk has been praised for his innovate, powerful and creative dancing. He believes that anyone can accomplish their dreams if they put in the right amount of effort, discipline and hard work.

“I love Bboying because it taught me how to be conformable in my own skin and to find my inner confidence. Breaking to me means freedom, the freedom to express yourself how you want too without being judged. Being able to fly and defy gravity is a pretty nice bonus too.”

​Emily began dancing at Betty Jean’s Dance Studio at the age of 3. She studied tap, ballet, jazz and lyrical under various instructors for over 7 years. Emily was a member of Betty Jean's competition team for 5 of those years and received numerous awards in group dances as well as solos, duos and trios. Recognized for her talent in ballet, she attended Estelle & Alfonso's to study Russian ballet, pointe and gymnastics. During her time there she participated in halftime performances at Michie Stadium & holiday performances at Eisenhower Hall, both of West Point Military Academy. Emily took her love for the arts to Sage College of Albany where she studied the fine arts, to include painting, sculpting, drawing, printmaking, paper making and received a Bachelor of Fine Arts in Graphic Design. Emily graduated in May of 2011 and had her senior project featured at the Bachelor of Fine Arts Exhibition in the Opalka Gallery. Emily has immersed herself in the artistic design & branding of Queen City Dance. She hopes to spark a love for the performing & fine arts in the students of QCD for many years to come.

Jennifer (Fuchs) Nathanson grew up in Brooklyn, NY where she began her diverse dance training at 4 years of age, studying jazz, tap, and ballet. At 10, she auditioned and was accepted to study at the acclaimed School of American Ballet (SAB) in NYC. At SAB she studied with teachers and dancers such as Alexandra Danilova, Antonia Tumkovsky, Richard Rapp, Stanely Williams, Suki Schorer, Andrei Kramarevsky, Helene Dudin and Kay Mazzo. Jennifer was chosen for The New York City Ballet Company (NYCB) in 1989. During her 8 years in NYCB she was a Corps de Ballet member and also performed in many soloist roles. She performed all Balanchine, Robbins and Martins repertoire. Some of her favorite ballets to dance in were Serenade, The Concert, The Four Temperaments, Midsummer Nights Dream, The Nutcracker, Sleeping Beauty, Jewels, and Swan Lake. Highlights from her career include dancing with Rudolph Nureyev in the Berlin Ballet (1981). Her film credits include PBS Dance in America, and “The Nutcracker Movie” as a Marzipan. After her retirement from NYCB Jennifer began teaching in New York City at Studio Maestro. Her career as a ballet teacher, private coach, and choreographer has now spanned over 25 years. She loves teaching and strives to pass on her extensive knowledge about ballet and performing in a fun and positive way. Jennifer enjoys growing as a teacher and thoroughly loves teaching the students at Queen City Dance!

​Nick "Nico" Jackson is a Hip Hop dancer from Poughkeepsie, NY. His style of dance is of his own creation entitled ​‘Water Style’​ with a focus on body waves, gliding, popping and locking. He started dancing at 5 years old, to Michael Jackson at family functions and local events. As a teenager, he formed his very own dance crew called ​Circus Freaks and they performed together for 11 years, including an audition for​ ‘So You think You can Dance’ in ​2015. He graduated from Poughkeepsie High School class of 2012. From there he began his personal journey of mastering his craft. Dancing is his life and he can’t imagine where he would be without it. The reason why he teaches is to build confidence in his students, raise vibes & to have fun!